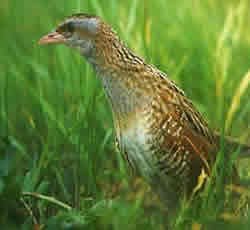 Inishbofin is a breeding area for many species of birds. The rarest or most threatened species breeding on the island at present are the Corncrake. The Corncrake have been nesting and breeding on Inishbofin for many years.

The island was farm machinery free up until the beginning of the eighties, which suited the nesting habits of the Corncrake. Implements used at that time would include hand driven hay machines and many farmers would have used the Scythe, which was a slow process and gave the Corncrake ample time to move into the next meadow.

There are some very scenic breeding areas on the island, which can be viewed from a distance without causing distress to the breeding population.


Categorised in: See & Do