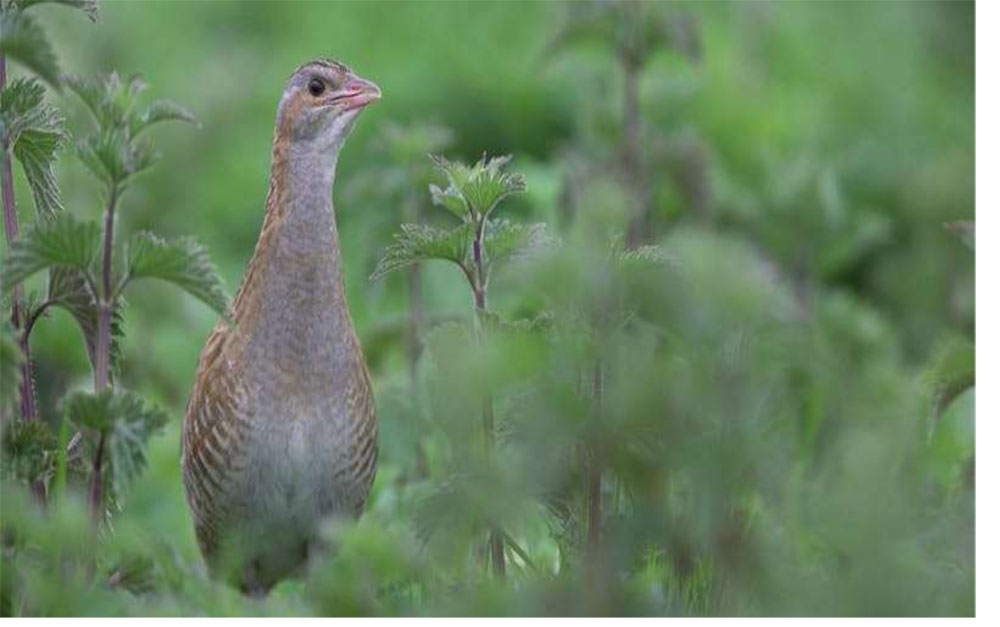 The first Inishbofin Corncrake Festival takes place at The Dolphin Hotel this May Bank Holiday 3rd-6th May 2019.

This exciting new festival, the first of its kind in Ireland, aims to allow visitors to hear and see this iconic bird, while raising awareness of the plight of this endangered species.

The call of the corncrake was once a familiar sound in rural Ireland. Intensification of farming practices such as early mowing for silage have pushed these birds out to more remote unspoilt areas of Donegal, Mayo, Connemara and offshore islands.

In 2018 Birdwatch Ireland estimated only 151 breeding pairs remained in Ireland.

Conversely, on Inishbofin in Co. Galway, numbers have steadily increased, with 18 calling males reported in 2018. So this tiny island is now home to over 10% of the country’s breeding population. This elusive bird has become synonymous with Inishbofin.

To book accommodation and full weekend of walks and talks contact Dolphin Hotel  on www.dolphinhotel.ie/inishbofin-corncrake-festival or call 095 45991