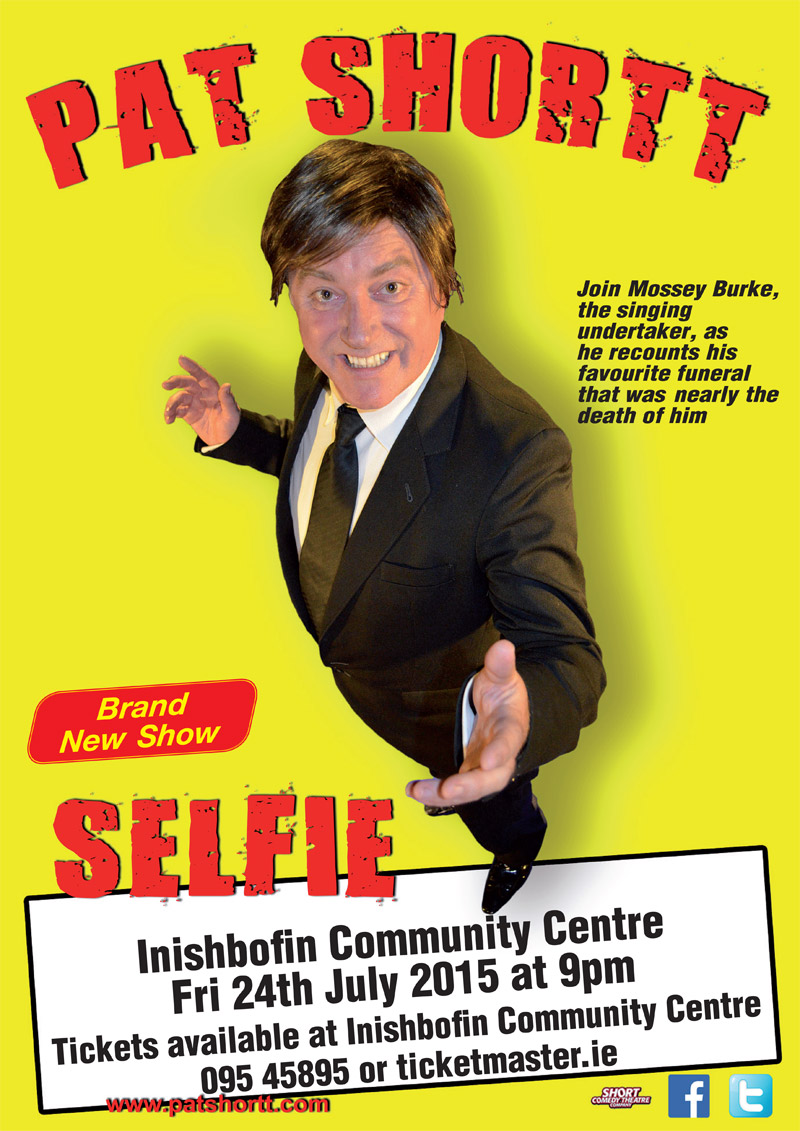 The irrepressible Pat Shortt is back on a nationwide tour with his new show “SELFIE”. He tells the tales of a singing undertaker Mossey Burke, along with a host of new characters, as he recounts his favourite funeral. A funeral that was nearly the death of him and changed his life forever!

His unique, comedic but somewhat universal look at everyday Irish life has cemented his place in the public hearts, along with that his work on stage and screen over the last decade have proved him to be an enduring, versatile and award winning talent. His most recent theatre role of Johnnypateenmike in the West End production of ‘The Cripple of Inishmaan’ alongside Daniel Radcliffe was a renowned success that subsequently transferred to Broadway in New York.

Pat’s new show is an entertaining throwback similar to that to the days of D’Unbelievables! In a quirky and humorous way Pat brings us on a journey with his new character Mossey Burke and the chaos that can happen around an Irish funeral that any and all can relate to.  Through laughs and punch-lines and hilarious one-liners Pat performs a myriad of truly Irish comedic scenarios that no matter what part of the country you are from you will have seen or heard of first hand!

The response to the tour so far has been phenomenal with sell out nights to date and extra being added due to demand in several locations.  All information on his upcoming dates are on www.patshortt.com. For any press and promotion queries and/or venue booking please contact Claire at pa@patshortt.com or on 061 423934.