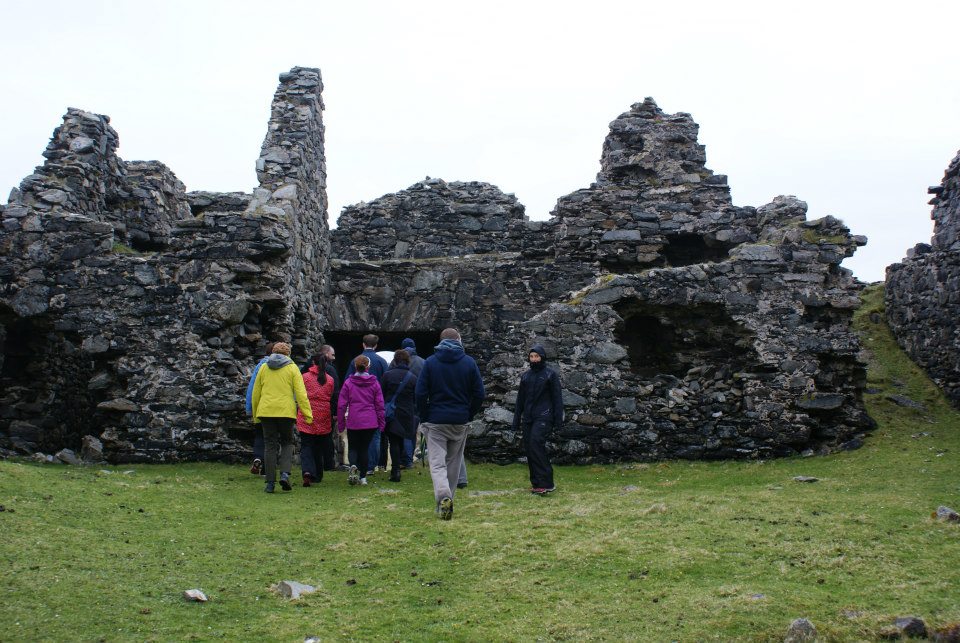 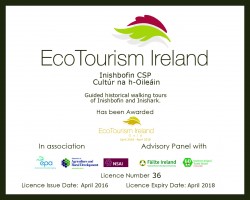 Discover the history of Inishbofin, Connemara’s last island outpost, in the company of native island historian and archaeologist, Tommy Burke. Cultúr na nOileáin tours offer unique ecotourism experiences operated in conjunction with Inishbofin Community Centre. Cultúr na nOileáin Walking Tours provide the most environmentally friendly way of exploring the islands. Both Tommy and the Inishbofin Community Centre are members of the Inishbofin Leave No Trace network. All guided walks keep to the Leave No Trace code of conduct and adhere to the minimal impact hillwalking, birdwatching and marine megafauna viewing codes where relevant. We have a policy limiting our maximum group size at 25 people per guide. For larger groups we employ a secondary guide to lead a walk on a different route. We also pay particular care to highlighting features of the Inishbofin and Inishark Special Area of Conservation, and how to avoid negatively impacting upon these.

The first of our Ecotourism Experiences offers a choice of guided walks on Inishbofin. These walks can be tailored to suit the interests of a particular group, fitness levels, time constraints, and tides (note that a walk to Cromwell’s Castle is only available at low tide). All walks take between 2 and 3 hours to complete. Below are some of the main themes: 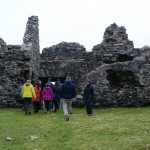 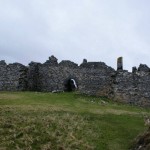 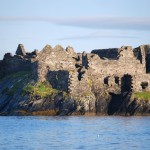 Learn about the tactics used by the famous pirate queen Granuaile, and her ally Don Bosco, to wield control over Inishbofin harbour. The Parliamentarian forces of Oliver Cromwell subsequently fortified the site with the star-shaped barracks which remains to this day, standing guard over the harbour’s mouth. Explore this stunning 17th century castle and learn of its dark history. 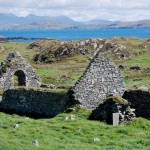 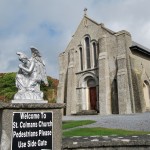 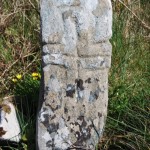 Inishbofin and Inishark were home to several saints down through their history. You will learn all about the monastic sites of St. Scaithín, St. Leo, and the patron saint of Inishbofin, St. Colman, who built an abbey on the island.

Inishbofin (Inis Bó Finne) means “The Island of the White Cow”. Discover the myth behind the name, along with a wealth of island folklore. 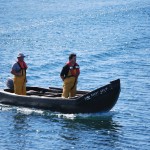 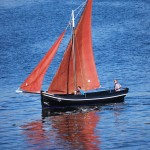 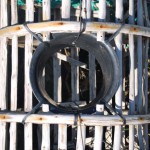 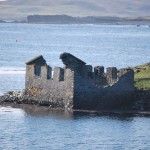 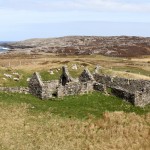 Gain an insight in to the culture and heritage of the island’s more recent history. Trace the path from the rich fishing industry of the 19th century and the height of island population, to the early 20th century fishing/farming communities, right up to the modern phenomenon of tourism and the influx of holiday-makers. 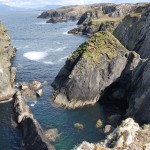 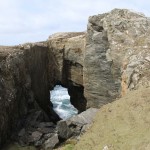 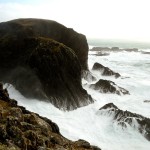 As part of the walking tour, you will take in the remains of the Bronze Age island landscape, its field systems and house sites. You will visit the Iron Age promontory fort sites, including the dramatic cliff-top site of Dún Mór.

All guided tours will depart from the Inishbofin Community Centre. Visitors are advised to arrive a few minutes early for registration before the walk departs. Fair Trade tea and coffee is on sale at the Community Centre, along with minerals and snacks.

Our tours promote the ethos of Leave No Trace, and place a firm emphasis on how to enjoy Inishbofin while preserving its environment.

For further information or to book your place please contact: 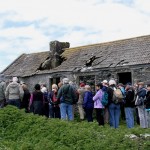 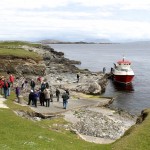 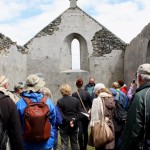 Trips to the neighbouring island of Inishark can be arranged by contacting Tommy on 087 9789588 or tommybofin@gmail.com. Trips to Shark will have to be booked in advance and there are additional costs for ferry transfer to the island.