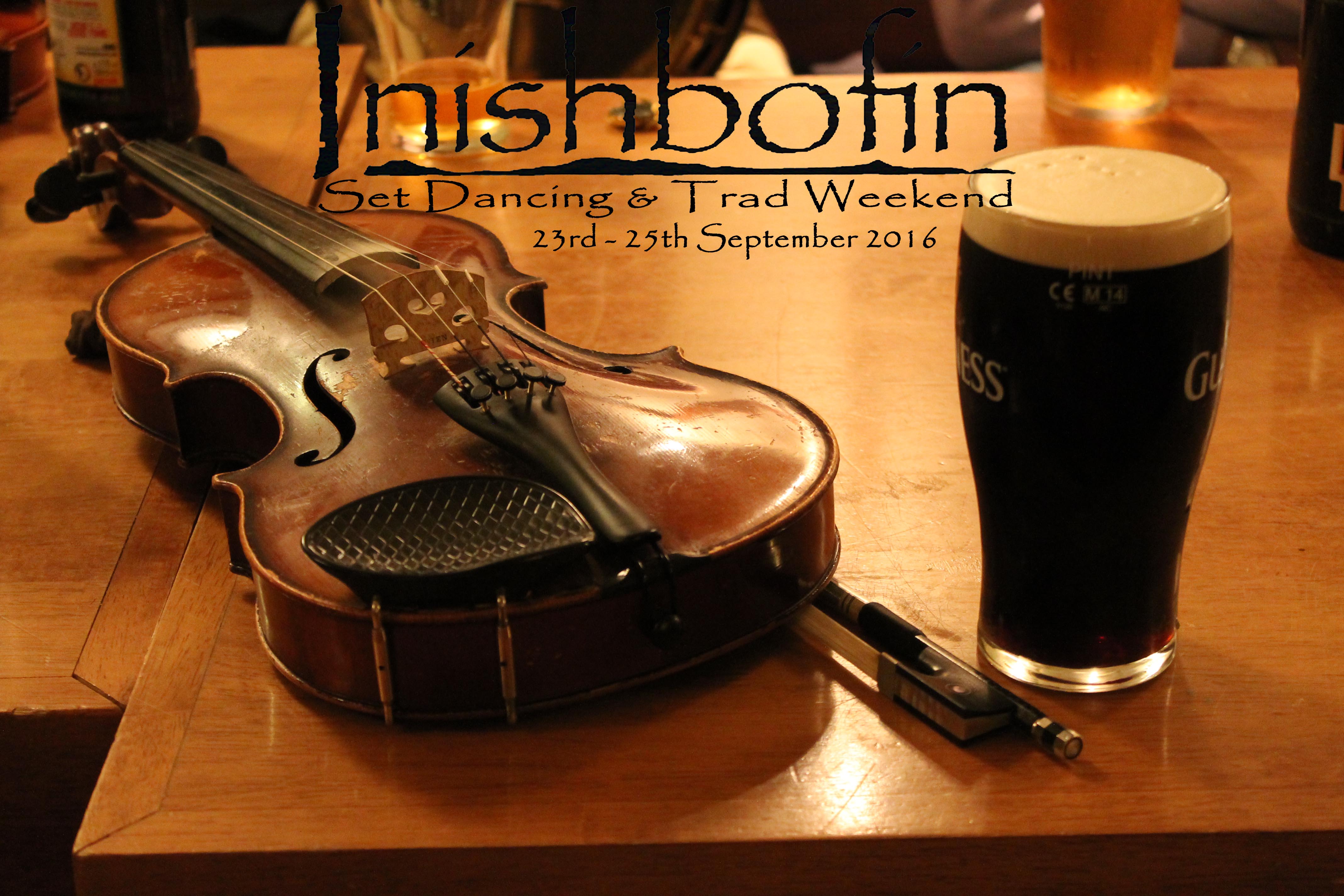 This annual festival is emerging as the perfect way to wrap up the end of summer and embrace the winter. The Inishbofin Set dancing and Trad Weekend has proven to be an impressive occasion resulting in Inishbofin overflowing with talent in the shape of dancers, musicians and artists alike. Building on the exceptional success of the last six years, the seventh annual Inishbofin Island Set Dancing & Trad Weekend will no doubt be another successful year!

The Inishbofin Set dancing and Trad Weekend will give dancers who used to set dance years ago, as well as the younger generation of learners, the knowledge of set dancing and the confidence to get up and put what they learn to practice. The weekend will also highlight how set dancing plays a distinctive role in reviving the ongoing vibrancy of the artistic life on Inishbofin – which includes the invaluable contribution of the older generation of islanders in passing on the ‘Inishbofin Half Set.’

Confirmed so far for this years edition, the Swallow’s Tail Ceilí Band will be performing for the weekend’s ceilís, and the wonderful tutors Mick Mulkerrin and Deirdre Tobin will be here to teach dancing workshops.

The weekend will run from Friday to Sunday evening and will see a wealth of entertainment through song and dance.